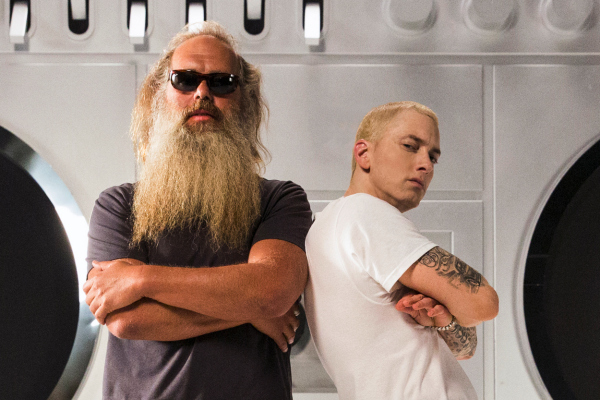 Rick Rubin and Malcom Gladwell launch their new podcast "Broken Record" with Eminem as the special guest. During the 15 minute long discuss, Eminem and Rick (who produced Walk On Water) talk about how the Beyonce assisted song was inspired by the recent upsurge of mumble rap. He also talks about the struggles of appealing to his huge fan base.

You can listen to the podcast in full below.

"Olamide and I had fun doing this track” says Terry via email. “We decided to do something that most people wouldn’t expect and the result was dope."

The song is available now for purchase on iTunes.