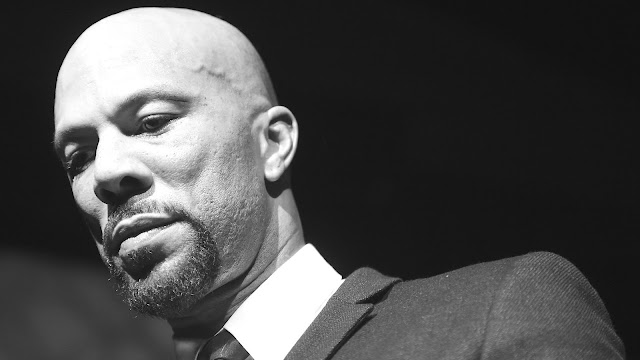 One of our many nightmares as men, is seeing a crush or an old flame in the hands of another man. If y'all break up on mutual terms, then it's all fair and good.

Serena Williams got married to Reddit co-founder, Alexis Ohanian last week at a private ceremony and the news was hard to miss. I've not been on any of my social media feeds for a cool minute and I still couldn't escape the news so you should understand my surprise when Common denied knowing Serena got hitched.

TMZ caught up with the Golden Globe winner outside Equinox gym in L.A. to get his thoughts on his old flame tying the knot, to which he replied "Nah, I didn't see it ... but God bless her. That's the queen! She's the queen! Congratulations to them!"

No doubt, it's easier to miss these things if you're not really checking for it but a large part of Common's circle tweeted, Instagram'd and even attended the ceremony so it's really suspect he denies knowing or as he puts it, - "see it." TMZ reports, common follows both Serena and Vogue on Instagram and they (Vogue) posted tons of Ms. Williams' wedding photos.

In case you're not familiar with why he'd be hurt. Common and Serena Williams dated for about 2 years before "growing apart" in the early half of 2010. Common, real name - Lonnie Rashid Lynn was largely to blame for the split but during an old interview with Meredith Vieira in 2015, the Chi-,town rapper claimed the split was mutual.

It should be noted that Common was hell-bent on settling down with the tennis star. In an interview with Ellen DeGeneres, he said;

"I definitely want to get married," Common replied when asked about his future with Serena. "I would love to get married and have kids."