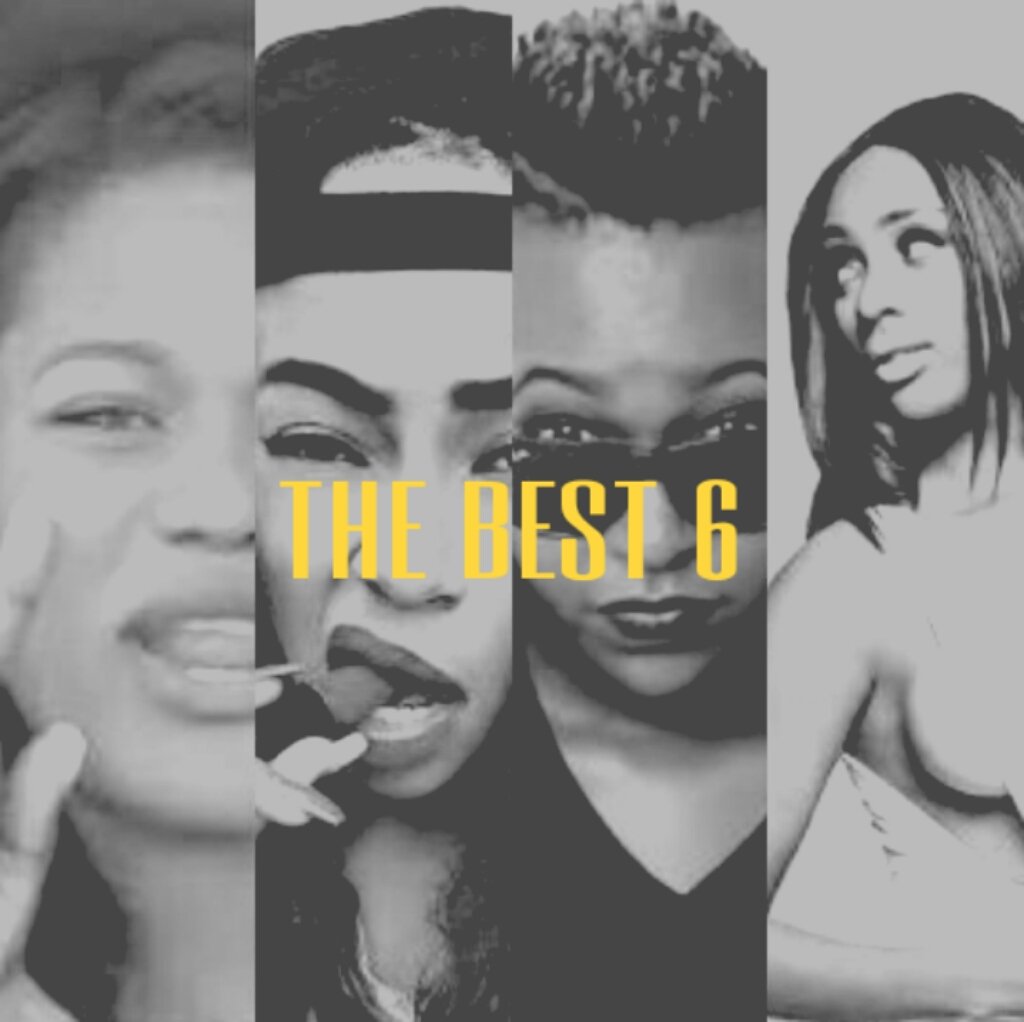 Hip hop remains a male dominated sport despite the emanation of new female rappers such as Rapsody, Phlow, Tink and even Young M.A. One of the reasons hip hop will continue to remain male dominated is the lack of SERIOUS female talents in the genre. None of which can ever hold their own for more than two minutes. The continent (Africa) has also had its own share of women rappers but in habitual fashion, they're never able to sustain it to reach legendary status. Is it a lack of talent, or are women not just hyped enough? Female rappers claim nobody takes them seriously in hip hop, (sort of like females in politics), as much as there's a facet  of truth to the aforementioned statement, it's not the sole reason they fall off.
$ads={2}

The fact that most female rappers reckon they need sex appeal to keep the audience stimulated is down right ridiculous. Lauryn Hill, Queen Latifah, Missy Elliot, Rah Digga, MC Lyte, just to name a few are proper emcees who never had sex appeal. Nicki Minaj made being a bunny in female rap cool but it's never that and. Talent is what counts in this genre so don't try to hide behind Nicki's Barbie syndrome. Let your bars do the talking.

The likes of Nigeria's Sasha … who I honestly believe was seriously overrated... was regarded as a great despite the fact that her bars were mundane. Well, at least she was consistent for a minute. Eva Alordiah (Nigeria) and, Xtatic (Kenya), are also popular names who seem to have vanished. (Editor's note: Eva recently dropped her much delayed 1960 album but it was already too little too late). Xtatic on the other hand has just been poorly managed. Female MC's in general have never been able to hold their own for long in an industry that's highly competitive.

With everything going on hip hop and the women seemingly getting little attention, I had to ask myself... Who are Africa's top female talents right now and how long will they last? Well, to be honest I have no idea how long they'd last but these crop (old & new) have a solid backing and foundation behind them which can help them go a long way- but just like the men, they still have to put in the necessary work. Unless you have a massive sex appeal then you can just twerk your way to stardom. It works really well.
$ads={2}

This was somewhat harder than I anticipated because decent female rappers in Africa are rare... kind of like good leaders.

In no particular order, these are the "Six Best Female Rappers In Africa right now."

Bombshell is Zambia's leading lady in rap. The volatile rapper came up in the scene in an aggressive way with "Bad Mothafucker" featuring Bulo Man, TR and 5ive 4our and hasn't looked back ever since. She describes her sound as "Unique, diverse, authentic and explosive." Bombshell doesn't hold back lyrically and like her name suggests, she packs a punch.


Rouge is new school so the jury is still out on her -- but if you've ever heard her rap then I'm sure you won't deny her talents. With the ability to both sing and rap in English as well as French , Rouge is one of Africa's brightest sparks in female rap right now.

Over are still relatively new career she has worked with the likes of AKA, Reason, Moozlie and has even opened for Cassper Nyovest. Her bars are feisty and filled with the cockiness you'd expect from a young emcee. The spotlight is on Rouge with the crazy hair right now, how she uses it depends entirely on her.


Nadia Nakai is Family Tree's first lady and at this stage no longer new to us. She had already created a buzz for herself before Cassper swooped in but the platform Family Tree provides is much bigger than anything she had when she was independent.
$ads={1}

Nadia started to generate attention when she won the mixtape 101 competition on the ETV show, Shiz Niz, but her big break finally came in 2014 when she held her own as the only female rapper on Riky Rick's "Amantombazane" remix also featuring DJ Dimplez, Maggz, Ginger Trill, Kid X, Kwesta and OkMalumKoolKat. Nadia is not all beauty and sexiness, the "bad bitch" can actually rap.

Her Family Tree debut Bragga is out now. Listen to it and judge for yourself.

Signed with Str8Buttah productions, Phlow has been low-key killing it with consistent materials and high volume wordplay for at least three years now. Over the years she has taken time to build her talents -- holding her own in male dominated rap competitions and cyphers.

The Lagos based rapper has been featured on top websites across the world including Creative-HipHop.com, HipHopDX, The Source and 2DBZ. Phlow is not afraid of a rap challenge and it's about time people start to take her seriously. 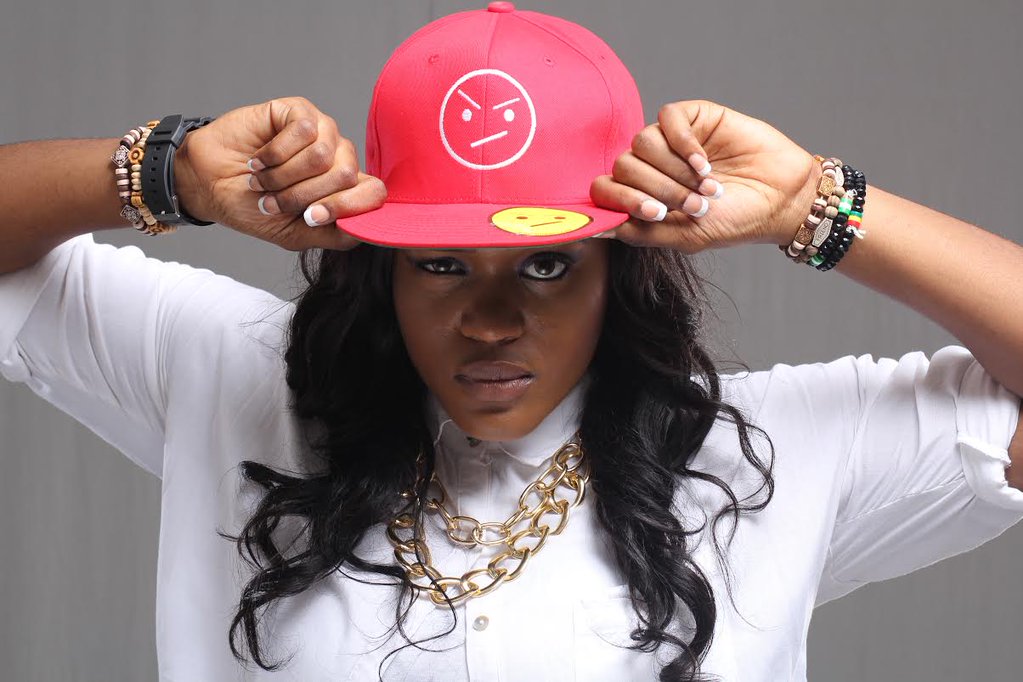 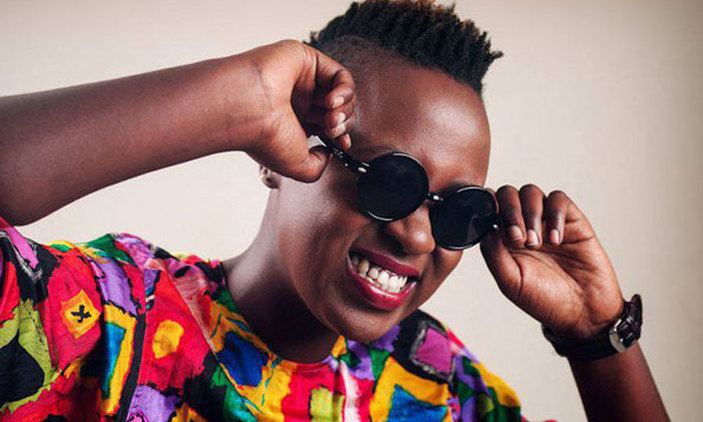 
Keko's mission for supremacy began back in 2010 when she appeared on "Fallen Heroes" alongside Don Mc, SP, Davis and the Mwanba Children Choir. The song was dedicated to the lost soldiers of the world not just Uganda -- with her spitting arguably the realest verse on the heartfelt track.
$ads={1}

The love and feedback she got from the record gave her the motivation she needed to kick on. Her break through finally came after she recorded "How We Do" back in 2011. I'm not sure she expected what came after but the smash hit went on to propel her as one of UG & East Africa's leading women in rap. She's been consistent for the last 5 years and have succeeded where most men have failed. She released her debut album Strides back in September of last year. Her drug problems are behind her and she just wants to focus on the music and help young Ugandans live the best life they can. 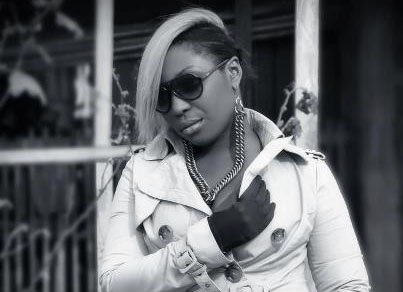 This lady from Ghana is a beast on the mic, in her own words .. she got "balls" (She said it not me). Tough wordplay, ability to switch flows, aggression, drive and an intimidating figure, Eno got it all. Hip-Hop in Ghana is largely male dominated which makes it hard for female rappers to prosper but Eno has survived and lasted longer than some of her male counterparts. She doesn't care about the Barbie syndrome with her freakish tomboy looks -- when she's in the rap booth, she's a man because we're all the same when we grab that mic. Eno is currently Ghana's female rap queen and nobody's touching her. You can even argue she's top 10 GH rappers all round.


Alright ladies ... How come we get constant collaborations from the guys but not from the women? They reach out to each other not minding the language barrier or ego but we never get such link up from the women. Why's there so much negativity surrounding women working together. There's a popular misconception that women generally hate each other but i strongly believe and hope that's not true.
$ads={1}

Women will rise in rap when we decide to put away the differences for a common good which is hip hop. Every rapper I mentioned here will give most of the male dominant rappers the run around or at least hold their own next to them on records. Build your fan base outside your country -- Reach out to yourselves and collaborate. Let's shake things up for the greater good. If we don't challenge this male dominated sport then what do young aspiring female rappers have to look forward to?

Do you agree with the list? Who do you think i left out? Let me know in the comments section. The article is also available at MTVBase