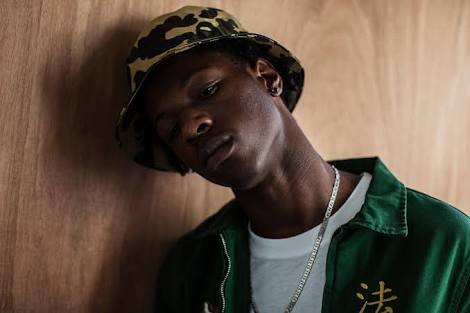 Joey Bada$$ has been one of the many hip hop artists to openly criticize Donald Trump and his policies, with his music. In a recent interview with CNN, the Brooklyn rapper said, "The music has taken a shift now. I'm not the only artist that feels this way, Everyone is starting to feel somewhat responsible because we're realizing the power that we have as individuals, as musicians, as people with high influence."

With the Pro-Era rapper having a new view on things, it didn't come as a surprise to me when I heard he pushed a man off stage for being a Donald Trump impersonator. Philip Wilburn also known as the Trump Impersonator, says he was performing at an L.A. MTV event in September when joey shoved him in the back forcefully, which resulted in him falling off stage and sustaining injuries.

According to TMZ , Philip says he had to cough out $1000 in medical expenses after the incident and might possibly need surgery which could end up taking the total to $25K. He also thinks he'd lose around 50K in profits due to his injuries and he's now suing Joey for $1.5 million in damages. There's video evidence backing his claims so Joey might not get off easily.

Joey Bada$$ is readying the release of his All-AmeriKKKan Bada$$ album due April 7th. The politically charged project will feature appearances from J. Cole, Styles P, ScHoolboy Q and more. "This is what I think about everyday. This is not me stepping out of my comfort zone or anything," he tells CNN about the album. "This is literally what I feel and what I've been dealing with since I was born.