EXCLUSIVE: Don Jazzy Explains Why He Signed Poe To Mavins 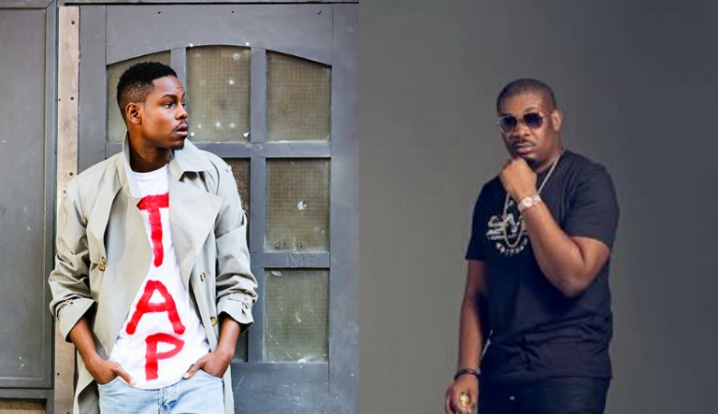 CH EXCLUSIVE: It's no longer news that Don jazzy has added 3 new artists to his ever growing Supreme Mavin Dynasty -- One of which is the label's first ever hip hop artist Poe. (Key word being hip hop).

Poe is a Lagos based underground rapper who has slowly built a decent enough buzz for himself over the years with a unique style that has secured him a spot as one of Nigeria's biggest hip hop prospects. With a good number of singles and features under his belt, Poe is now ready to take his rap career to the next level.

With our interest being solely on hip hop, we reached out to the Mavins' CEO to find out why Poe was the chosen one out of several other rappers in Nigeria.

"POE is a wordsmith." He said. "He has his ways with words that makes me want to hear what next he is gonna say. From the activation comments alone you can tell the fans love him. But rap skills aside, I wanted a rapper that other rappers would understand why i signed him.  He is respected amongst his peers. Most importantly he isn't signed. I also like him cos he is level headed and would fit right in Mavin. The ladies love him too that's a major plus."

On if he spoke to other rappers before settling with Poe, he said he went for only what he wanted, "Naaa i didn’t speak to any other rappers this time. I just went for the one i wanted."

As you all know, rap music doesn't do so well in Nigeria and rappers barely make bread off it. We wanted to know what his strategy with Poe would be and if he'd change his sound to suit the Nigerian market.

"Truth is it doesn’t sell as much as the popular sound but we can’t say there is no market at all for it. Guys like Phyno, Olamide, Vector and MI have done very very well for the genre already. We will stick to his sound and hope that with the Mavin platform we build a bigger fan base for him and rap in general. Its not going to take a day, but I’m a very patient man, and i think if we work hard and smart enough we will be able to pull it off by the grace of God."

When asked if he'd be adding more rappers to the label, the award-winning producer said he never bites more than he can chew and that his plan right now is to focus on his new crop of artists.

"I have never been the type to bite more than i can chew. Following the success of the Mavin 2.0, i concluded my expansion plan. Increased workforce to be able to handle the back end. Now i have activated these new amazing acts. The plan is to concentrate on the roaster for the next 1 or 2 years depending on how things pan out before any other activations."

Rap fans who anxiously await Poe's first drop under the new label may not have to wait too long for it If Don Jazzy's "soon enough" is to be taken literally.

"No artist/producer gets it right all the time even legendary Michael Jackson or my mentor Timbaland for that matter. Music will come soon enough don’t worry. We will try out different vibes and the people will let us know what they like. We might win some or lose some but this is Mavin #WeMoveStill."

Don Jazzy answers questions like a Nigerian politician which prompted me to ask if he'd ever consider running for president. He tried avoiding the question because in his own words, "I get asked that a lot" but after a little more push he spilled but didn't reveal much.

"I will serve my country. I have great plans on how to help our people, but politics is not part of this plan yet"

Poe is part of operation Mavin 3.0 alongside singer Johnny Drille and DNA twins. A lot of artists have blossomed under Don Jazzy's tutelage but a hip hop artist is still unchartered territory for him. How he handles it and the development Poe makes under him would be interesting to see.