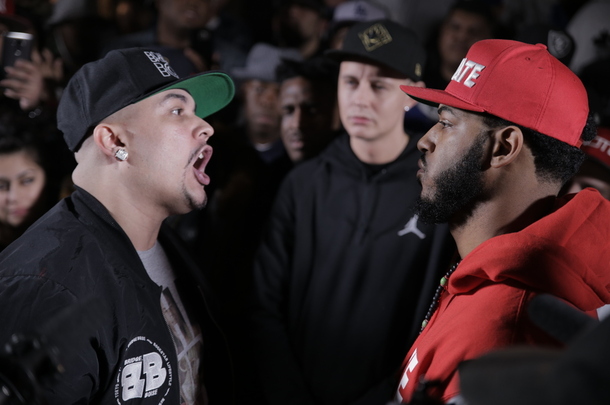 In these early years of HipHop, not many Artists were fortunate to be in the spotlight or mainstream market. Competition among Artists was constantly heated and with the internet still in its infancy stages, opportunities to get heard were limited to Radio, Television and getting a Dj to play your song. You had to be good to be heard. Period.  Despite many attempts at breaking into the mainstream market many artists just couldn't get the most they deserved. Lack of Finances and major record label backing was a big setback for artists as they found a solution in creating a market in the Underground Rap scene.

Artists waiting on the call of major record labels or Rappers who just wanted a piece of the action joined the underground scene and used it as a training ground for self development. The underground Rap scene which was dominated by Rap battles between rivals and solid mixtapes by rappers who had much clout to show, quickly became a new fan favourite among HipHop devotees looking for a refreshing kind of raw uncensored Rap.
Word of mouth became the new way for new fans to discover Underground Rap music. The more rap battles an artists wins by outrapping rivals, the more fans rally around in the streets and show their support in buying mixtape copies. We are all familiar with Rappers in the culture who started out in the Underground Rap scene, and over time became legends and ambassadors of the culture.

Thanks for reading, share your thoughts in the comments box below.
Next Week - The Importance Of Copyrighting In Maximizing Income For Music Creators