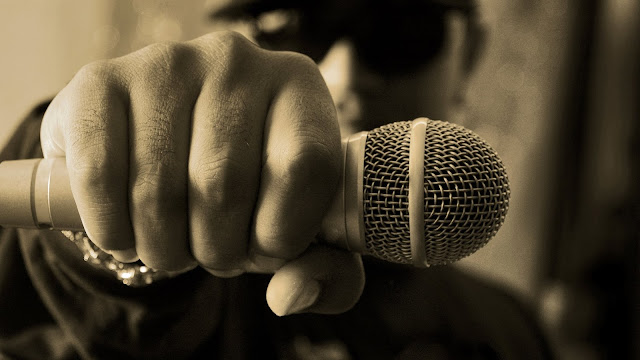 "When you proclaim 2pac the greatest rapper of all time (past, present and future), what do you want the future generations of rappers to look forward to?
The BET awards?"

There has never being a time like this in our culture when there is so much disconnect between the past and present generations. Depending on how you look at it, while some will insist evolution is naturally taking its course, it takes insight to understand that the survival of the HipHop culture is what's truly at stake.

To get to the source of this disconnect, we must take a trip down memory lane and go back to the  "golden era" a short time after the early beginnings of HipHop, aka The 90's.

This was a time when HipHop was considered to be at its best. A time that saw the rise and fall of legends and a time when HipHop was the voice of the common man, speaking the harsh truth of how society reflected on the people. HipHop Historians and aficionados of this era strongly believe in what they stood for and 2pac Shakur being a soldier for HipHop, fighting the battles of life with his Music and affecting the lives of people all over the world became the greatest rapper of all time.

I was 2 years old when 2pac was shot and I never knew him till I was old enough to understand the culture and go back to my roots. And so does many in the HipHop community of this generation who never had the chance to know him and this is where the disconnect between the past and present generations started. Understand 2pac in this context is only a metaphoric representation of the 90's era of music.

Fast foward a few years after the passing of 2pac, the HipHop community still mourning the loss of a hero tried to move on at the same time. Rappers at this time in the projects pushed on with their music and some of them found success, then went on to establish successful SOLO careers. But they failed to do one thing, pass on the beliefs of the culture to the upcoming generation, the 90's kids. They left the projects and didn't come back to bring people up along with them in the way of the culture. Their solo careers became more important and everybody else was seen as competition. Back in early HipHop we had Emcees forming rap groups, bringing other rappers together to make music and everybody came up together.
Not anymore, now we have Solo careers under Record Labels. Only a few today understand the importance and strength of a collective and are responsible for the careers of artistes who have gone on to be massive successes.

The upcoming new generation rappers didn't have access to the old generation because they were so far up there in the "music industry" you couldn't just go to them, they didn't come to you, so there was a clear disconnect, lack of proper upbringing and mentorship. The new generation rappers had to find a way to get their music heard so how did they do it?
Introducing Trap Music, Now known as "Mumble Rap"
In this video about the Origins of Trap Music which shines the spotlight on the producers who engineered the sound, they reveal how they took their music to the A & R's who then give it to the Strip Clubs Dj's who play the music for the Strippers to dance to and if the Strippers like it, Boom! It's a hit.
This just begs the question, if you had left your door open for these young talented people to come to you or you had gone back to mentor them and teach them in the ways of the culture, they wouldn't have gone to the Strip Clubs for Strippers to check out their music. Seriously, Strip Clubs?! Somebody comes from nowhere to say anything they like on it and it's still a hit! And you wonder how the emergence of twerk videos in 2015 is simultaneous to the emergence of Trap Music?
It's all connected together.

It is the responsibility of the master to teach the student. But as the case may be, they found a way on their own and now you want to tell them how to do it?
It's like the father who left the son at an early age.
They are obviously going to resent you for it and you can't teach them by ridicule. So what's the solution?
Tell them the truth.

To the new generation rappers, I know you're bitter but honestly we can do better. In the first place, Mumble and Rap shouldn't be in the same sentence together. With great power comes great responsibility. You're young and you might not care now but all that money you're going after is not going to make sense to you when you look back 10 years from now and you have no legacy to show for it. What you should be fighting for now and speaking against might come back to haunt your kids in the future or future generations to come. Today's it's police brutality, racism, tomorrow it's what? You're not solving the problem by mumbling.

The global distribution companies and record label organisations are run by people who don't like us talking about the truth, the killings and what's going on in the society in our music and they have found a way to bring confusion, make the culture divided and make us turn against each other. It's a circle of conspiracy that hopes to see the extinction of the only voice and weapon you have to speak out against the injustice in the system, HipHop.

It is up to us true HipHop heads of this generation to clean up the mess of the previous by looking out for the next generation and instilling in them the discipline and love for the culture.

Teach them the ways of the culture, the elements of HipHop, mentor them and give them the opportunity to showcase their art to the world. Help them become the best of their generation, give them something to look forward to and don't take away their dream by telling them they cannot surpass you. If we fail to do this, the next generation will not only resent us for not looking out for them when we could, our voice as a truly united people would have been taken away from us.
To say HipHop has moved on from lyricism is to say our culture lies against itself.