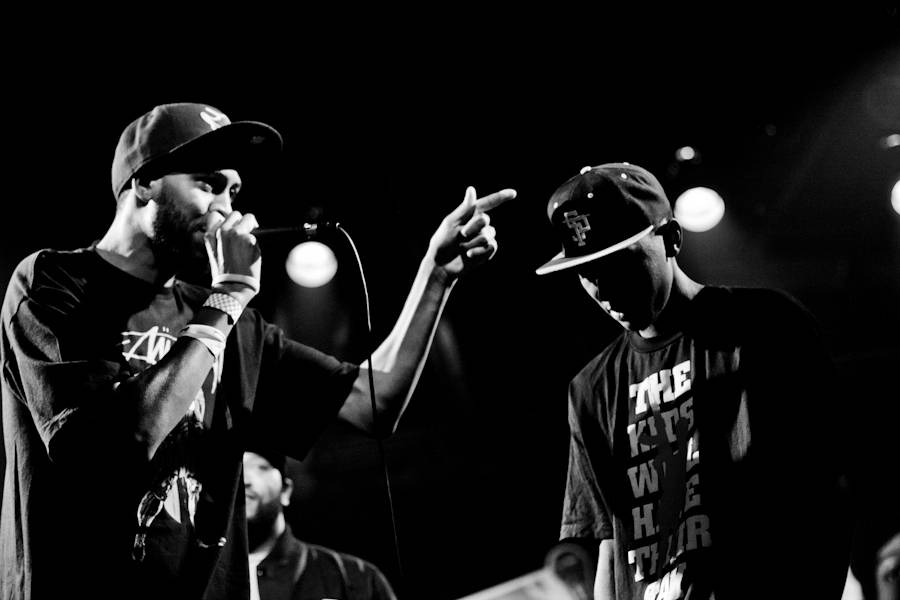 For the Rap Culture admirers, there’s no better platform in HipHop for discovering innovative lyrical talent and getting to know the wide varieties of rapping styles than becoming familiar with the ancient HipHop tradition of Rap Battles.

$ads={1}
The Rapper and future Mc building up reputation, annouces and solidifies his presence in the HipHop community by constantly battling other Rappers to dislodge any doubts of his abilities.
Rap Battles have a long history in the HipHop culture and a lot of the greats today started their careers on the battlefield. A classic example is Eminem, who was discovered by Dr. Dre after he came second place in a Rap Battle and who today is a living legend in the HipHop community.
However there is a rising trend of misinterpretations of what Rap Battles should be in recent times. It is quite unfortunate that what you see now is young rappers squaring up against each other expecting them to deliver only for them to engage themselves in rhyming insulting words at each other in a way I must confess is pathetically not entertaining. I worry that this misconception is on its way to becoming a norm and it should be nipped in the bud as it creates more problems for the HipHop community of which I’ll outline in this article.
$ads={1}
Simply said, Rap Battles are often written for the purpose of impressing people with technically inventive rapping, according to Wikipedia. In my in-depth view, I see Rap Battles as the foundation schools of the HipHop community where Rappers gain experience and build their abilities while competing with fellow “classmates” for the top spot which in this case has nothing to do with an A+. We’re talking legendary status. Think of it as one of HipHop culture’s “educational system” and link it to the global accepted fact that a poorly constructed educational system ends up breeding incompetent mediocrity as in the case of the our culture, Rappers who have no value to offer to the Community.
The problems we have in the community today have traceable roots and one of them is the decline in the quality of rappers in mainstream HipHop today which can be traced to how poorly Rap Battles are being orchestrated.
A battle situation where the rappers in participation, offer a bunch of insults that rhyme and demean each other on the platform with no goal in mind other than starting an imaginary beef should be frowned upon.
$ads={2}
It doesn’t leave your colleague wanting to become a better Rapper and improve on his abilities because you knocked him out with a multi-syllable when he gets home, neither does it leave the listener spoken words of wisdom to take home and reflect on after the battle. Nothing learnt, nothing achieved. How then should Rap Battles be orchestrated? Here are some very basic steps to get anyone starting on the right track.
1. In a Rap Battle, participants should educate each other on various topics while putting their storytelling abilities to the test. Enlighten the audience with spoken words of wisdom, be smart in your use of wordplay and soon you’ll have them attending your Battles with notepads in their hands while hanging on to your every word. In return for your hardwork they’ll go on to be the source of your buzz. You’re someone to be taken seriously and not just a source of comic relief.
2. I’d highly recommend using instrumentals during Rap Battles. Why? Because it helps the Rapper generate what we call flow. If a Rapper can flow on a beat it gives the audience the idea what he/she would sound like on a record. Get a friend who’s a producer in your circle (we all have that friend who makes beats ) to cook up some instrumentals for the battle and feature as the Dj for the Battle. You create a platform for the producer to showcase his abilities too. If you’re on a tight budget or you don’t have producers in your circle ( really? ), a smartphone phone preloaded with beats and a bluetooth speaker knocking the beats out in the background should be just fine. Just give me something to nod my skull to while I process the lines. No Excuses For No Beats.
$ads={2}
3. Quit the Head-to-Head.
I see this happen a lot. While you’re focused on the Rapper who is in front of you and you concentrate on making the topic about him, you’re are not passing a message to the audience, not to the guy in the back chanting “bars” and most importantly, not to yourself.
Allow Rappers take turns at spreading their message to the Community. I say community because they speak for all of us and with the Internet today, your message is heard globally. Let the community be the judge.
To Yourself Be Truth.
Lázougi
If your rep my city and you’re putting together a Rap Battle. I’d love to attend.
I hereby invite myself.

Share your thoughts in the comments box below.
Next Week – Is The Music Industry Running A Lottery System To Fund Itself?